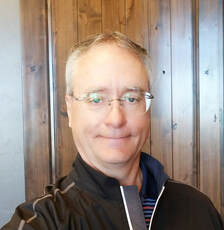 I was born in the Chicago, but spent my first several years living in the Detroit and Cleveland areas before our family resettled back in Chicago. My earliest memory of golf is having a set of plastic clubs and hitting whiffle balls in the front yard at 3 years old.  From there, I eventually became a caddy at Medinah in the Chicago area and later played for my high school and college (Harper) golf teams.
In 1992, my wife Vickie and I moved to Phoenix where I pursued a career in the golf industry.  I entered the PGA Apprenticeship program obtaining full membership in 1996 shortly after accepting a job as an assistant working at the Oakwood and Ironwood Golf Clubs for Robson Communities.
In 1998 after a brief stay with Titleist in San Diego, I was offered the head pro position at the Robson property, Sunbird Golf Club in Sun Lakes, Arizona.  In 2001, I was offered the head pro position at another Robson property, Quail Creek County Club which is located in Green Valley.  In 2004, I was invited to move to SaddleBrooke to manage the MountainView Golf Club and help open a brand new facility, The Preserve. In 2006, SaddleBrooke Ranch was added to my responsibilities as Director of Golf and we opened the brand new facility the day after Thanksgiving that year. In 2018, MountainView and The Preserve were sold to the residents of SaddleBrooke HOA2 and I continued as Director of Golf solely at SaddleBrooke Ranch.
I really enjoy being able to spend more time with our golfers with only one course to oversee and also to be able to teach more often, which is one of the reasons I first decided to get into the golf business.

We offer a free monthly clinic for our residents and guests and I am available for private and group lessons.  Please contact me at 520-818-6403 or mike.jahaske@robson.com
Private 45 minute lesson - $50
Private 3 lesson series - $135
Private 6 lesson series - $240 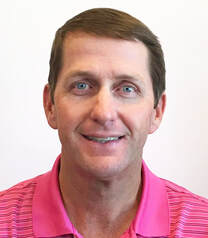 My name is Ken Steinke and I’ve been the Assistant Golf Professional here at SaddleBrooke Ranch since 2013.
I was born in St Louis Park, Minnesota, but grew up just outside of Orlando, Florida.  After I graduated high school, I enlisted in the Marine Corps.  I finished my 25-year military career in Yuma, Arizona and moved to Tucson in 2007.
I played golf several times growing up but didn’t take it up seriously until I was 26.  As my game continued to improve, I had thoughts of working in the golf industry.  So, after my retirement from the military and with the encouragement of my wife, Diana, I began to pursue a second career as a golf professional.
I enrolled in the Professional Golfers Association (PGA) Apprenticeship Program at Sun City Vistoso Golf Club (now called The Views). After three years there, I went to work at La Paloma Country Club.  La Paloma was not for me so after two months I left and joined Green Valley Golf Instruction, based out of Canoa Ranch Golf Club, and began teaching golf full time.
I completed my apprenticeship and became a member of the PGA in September 2012.  When a position opened up with Robson Communities, I applied and was hired in November of 2013 to be the Assistant Golf Professional for The Preserve, MountainView, and SaddleBrooke Ranch golf courses.
I don’t think I could have found a better place for my golf career.  The members and residents are wonderful and I am very glad to be here.  Living close by in SaddleBrooke, Diana and I couldn’t be happier.  I look forward to my future time serving you here at the Ranch as the community continues to grow.
I offer golf lessons, please contact me at 520-818-6403 or ken.steinke@robson.com
•    One 45 minute private lesson - $50
•    Series of four private lessons -  $180
•    Series of eight private lessons - $320
•    1-hour group lessons are also available